As title partner of Premiership Rugby, Gallagher has today announced that a core fleet of former professional rugby union players, including ex-England international Jack Clifford and ex-Scotland international Nathan Hines, will take on a seven-day 750-mile cross-country cycle challenge for charity next month. 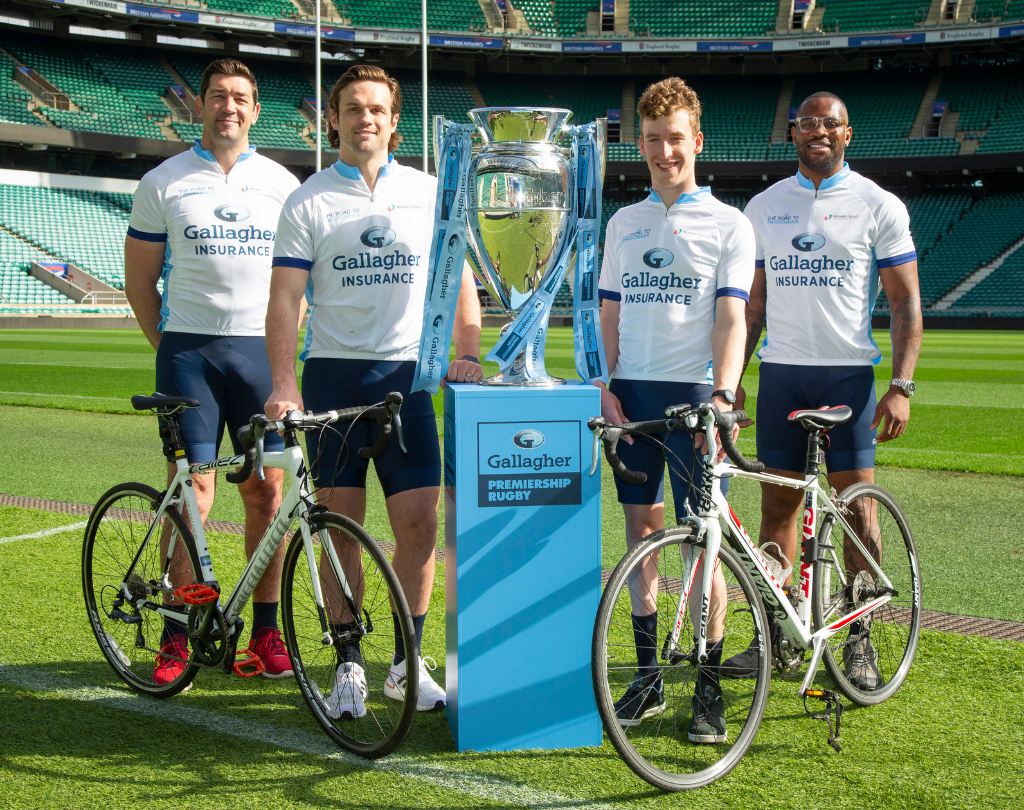 Joined for the duration by GB ParaTri Athlete Louis Rolfe MBE, who won gold and bronze at the Rio Paralympics as a track cyclist, the Road to Twickenham rugby riders are aiming to raise a minimum of £30,000 for Wooden Spoon, the children’s charity of rugby, as well as local Premiership Rugby Foundations along the route.

The core squad will be joined in part by ex-England international and Harlequins legend Ugo Monye, who is also a Gallagher ambassador. Prevented from taking on the full challenge due to pre-existing injuries, Ugo will fire the starting pistol in Newcastle and champion the team throughout their journey south, before cheering the pack over the finish line and into Twickenham Stadium.

From 11 to 18 June, the core team of current and ex-professional rugby cyclists, including Will Johnson, Rob Vickers, Charlie Sharples, Jonny Arr, and Will Hurrell (full list below), will put their minds and bodies to the test by covering all 750 miles in one week. They will take time to stop off at 11 of the 13 Gallagher Premiership Rugby clubs along the way to raise awareness and support for the charitable causes, before the challenge culminates in the Gallagher Premiership Rugby trophy being ridden into the Home of England Rugby on the day of the 2022 Final.

Through days one to six, at each stop, a group of 50 day-riders will join the core pack to cycle part of the route, with these cyclists specifically raising money for the Premiership Rugby Club Foundation local to the section. On day seven, Friday 17 June, a huge squad of 150 riders will then cycle the final leg of the ride to Harlequins’ Stoop in Twickenham, before the core pack delivers the Premiership trophy on the morning of the Gallagher Premiership final, ready for the for the 2022 champions to lift.

This ‘Road to Twickenham’ challenge will see an incredible overall pack of at least 650 fundraising cyclists taking part, including hundreds of Gallagher colleagues and clients. Every Gallagher employee taking part will also have the opportunity to double their donations through the Gallagher Matched Giving scheme.

The cross-country ride commences at the home of the Newcastle Falcons, Kingston Park, on Saturday 11 June before heading via Darlington and Skipton to Sale Sharks’ AJ Bell Stadium. The full schedule of the cycle challenge can be found below:

The Road to Twickenham cycle route

Nathan Hines, ex-Scotland international and Development Director for Premiership Rugby at Gallagher, commented: “After many months of planning, it is brilliant to see our idea for the Road to Twickenham come to fruition. It’s also fantastic that we’re able to use our platform as title partner of Premiership Rugby to shine a light on some of the country’s amazing charitable foundations, including Wooden Spoon, who do awe-inspiring work with vulnerable children through its association with rugby. I’m relishing the challenge of cycling the length of the country with my rugby friends and legends of the game to raise money for such a worthwhile cause and can’t wait to feel to support of fellow cyclists and the public along the way.”

Gallagher is proud to support the children’s charity, Wooden Spoon, which funds approximately 70 life-changing projects across the UK & Ireland that support vulnerable children every year.

Wooden Spoon Charity’s CEO, Sarah Webb said: “We are delighted to partner with Gallagher for the Road to Twickenham cycle challenge to raise as money and awareness for the vital work of Wooden Spoon. The riders are an inspiration and will demonstrate our core values of passion, integrity, teamwork and fun throughout the 750-mile journey. We’re grateful to anyone who is able to donate or take part in the challenge and Twickenham Stadium will be ready to give a richly deserved homecoming at the Gallagher Premiership final on 18 June.” 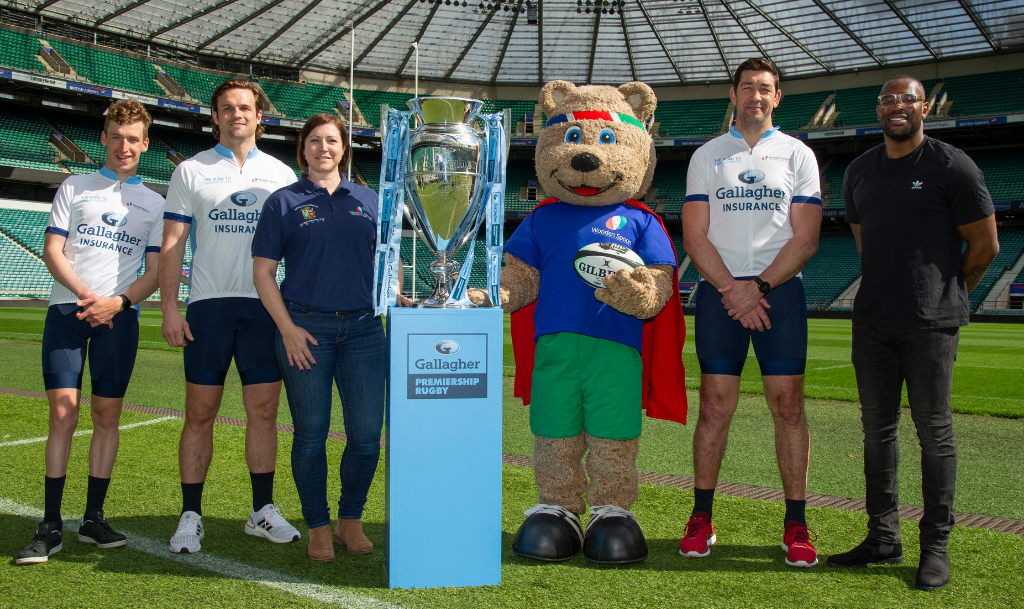 Charlie Scott, Chief Financial Officer for Gallagher across EMEA, who is set to join for the day-seven ride to Twickenham, added: “Grassroots engagement and giving back to the wider rugby community have been central to our partnership with the professional game and Premiership Rugby right from the start. What better way to celebrate our first four successful seasons together than to raise money to support the league’s 13 charitable foundations, who carry out such life-changing work in their local communities, especially with young people, to bring about lasting, positive social change.”

Mark Brittain, Chief Commercial Officer at Premiership Rugby, said: “Our partnership with Gallagher continues to go from strength to strength and we are delighted to give them our full support for their cycle ride, which will visit Premiership Rugby clubs the full length and breadth of the country. We are particularly pleased that they will be raising money for a charity that is very close to our hearts, Wooden Spoon. I look forward to greeting Nathan and all the riders at the gates of Twickenham on 18 June, and celebrating their achievement before we settle down to watch what will be an unforgettable Gallagher Premiership Rugby Final.”

List of riders who will cycle the full route:

List of riders who will cycle part of the route:

For more information about how to support Gallagher’s Road to Twickenham cycle challenge, either via participation or a charitable donation, please click here.