WOODEN SPOON has been unveiled on the shortlist for the 2020 Charity Film Awards.

The Charity Film Awards celebrates the effective use of video by the third sector to change mindsets, raise awareness for the charity or fundraise.

65,000 people took part in the public voting stage to determine the shortlist. We want to thank everyone who took their time to vote for us, and help to promote the work we have done for projects like Kobi Nazrul School. You can watch the video here.

We would also like to show our appreciation for the people who helped make this project happen. Rugbytots, Fusion Community Initiatives, Saracens HITZ, Nigel Wray, Ray Sheehan, and all of the volunteers. 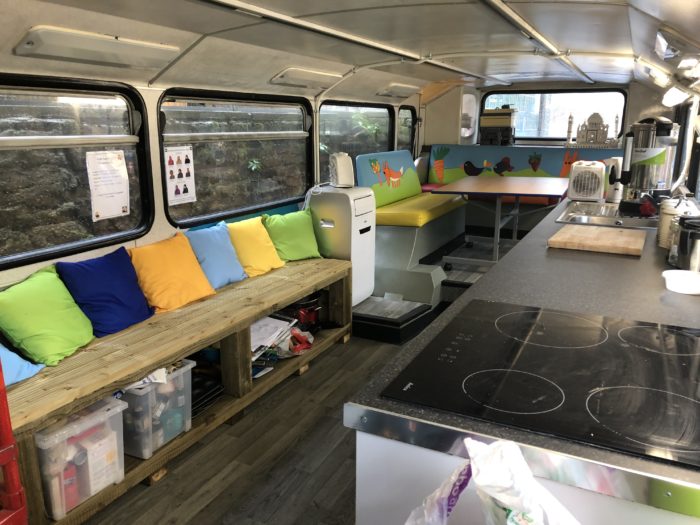 The inside the bus project at Kobi Nazrul School in London

The Charity Film Awards panel of expert judges, which includes high profile names from entertainment, business, politics and media, will now critique the shortlisted films. The winners will be announced at a gala ceremony in central London, in the Spring.

Juliette Gillard, Director of Marketing and Communications at Wooden Spoon, said: “We are delighted to have been shortlisted for this prestigious award. Our vision is that through the power of rugby, every child and young person, no matter what their background, has access to the same opportunities. We believe this film really encapsulates how our projects change the lives of young people, across the UK and Ireland, for the better.”

Simon Burton, Co-Founder of the Charity Film Awards, said: “In the digital age, charities’ use of video is fundamental to engage the hearts and minds of their communities. Wooden Spoon’s film is a great example of that in action.”

Wooden Spoon has been shortlisted alongside other leading names from the charity sector. For more information, please visit: www.CharityFilmAwards.com.

Former Liverpool player cuts the ribbon for a Merseyside project