Another World Record Broken: The Longest match of rugby union

Yes, they did it! With a final score in the thousands! 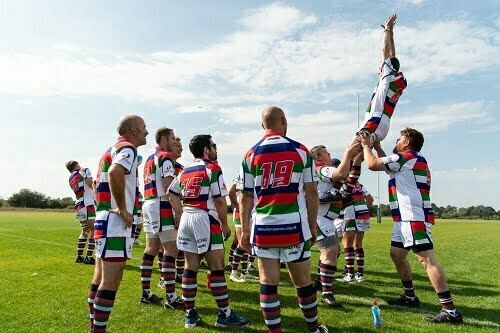 It was an unbelievably hot bank holiday weekend. While the majority of the country were relaxing in the sun, a team of Wooden Spoon heroes were going head to head with School of Hard Knocks, to break a Guinness World Record for the Longest match of rugby union.

The temperatures soared to over 30 degrees and the team quickly realised why rugby is a winter sport. The morale and banter among the team kept them all going as the 23 players played rugby on a rolling substitution basis for a relentless 30 hours and 30 minutes.

We can’t thank the amazing group of volunteers who worked tirelessly bringing energy snacks, water and sun cream to the players whenever there was a stop in play.

There was a brilliant team of medics and physios on the side who were running repairs, patching the players up with tape, administering ice and time in cool water (a paddling pool no less).

The World Record for the Longest match of rugby union is a fantastic achievement, and will help to raise awareness of the life-changing work of both Wooden Spoon and School of Hard Knocks. It is also a celebration of rugby union in the run up to the Rugby World Cup, and the event is on target to raise £100,000 to help disadvantaged children in the UK have better opportunities in life. Thank you to all those who took part.

If you would like to get involved in a rugby event to raise funds for Wooden Spoon, please email rugby@woodenspoon.org.uk